also known as the Heart Mantra of the Great Sage
(Skt. munīndrahṛdayamantraḥ)

Sanskrit pronounciation of the mantra 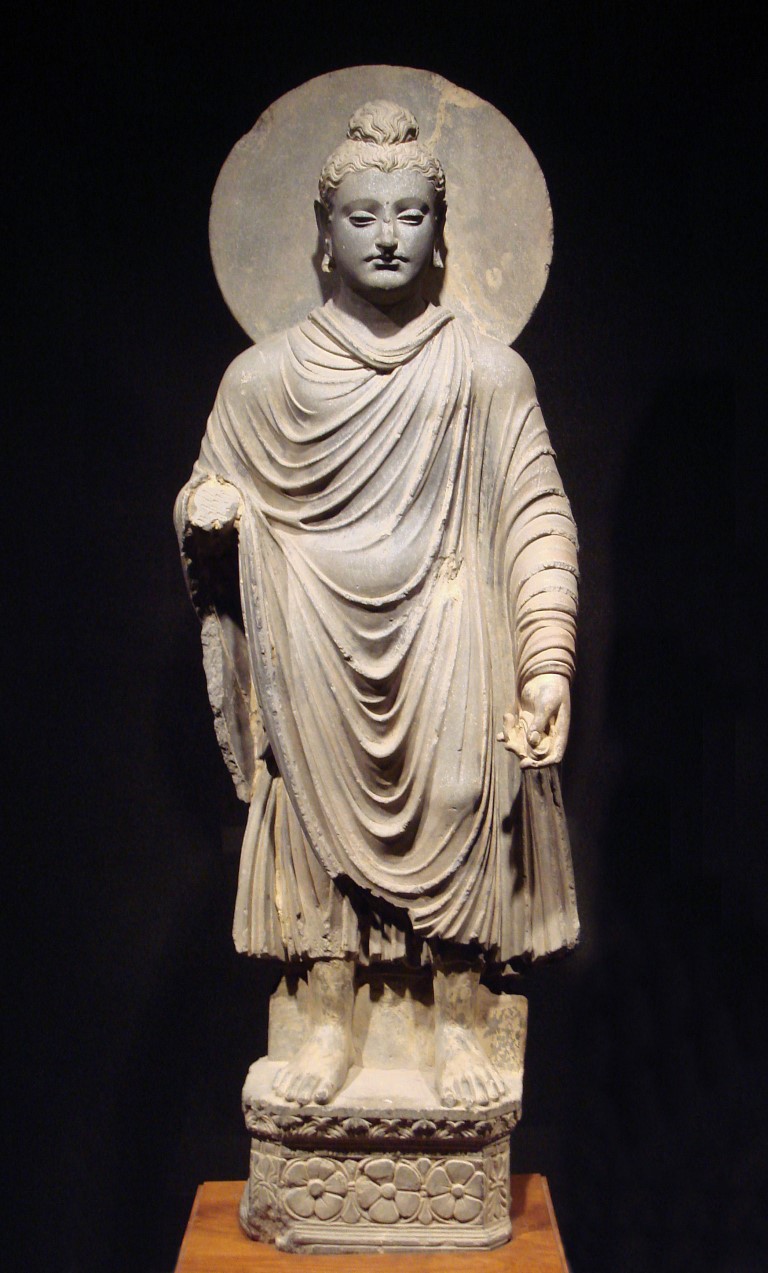 The bhūmisparśa or “earth witness” mudra of Gautama Buddha is one of the most common iconic images of Buddhism. Other names include “Buddha calling the earth to witness”, and “earthtouching”.

It depicts the story from Buddhist legend of the moment when Buddha achieved complete enlightenment, with Buddha sitting in meditation with his left hand, palm upright, in his lap, and his right hand touching the earth. In the story the Buddha was challenged by the demon Mara, who asked him for a witness to attest his right to achieve it. In reply he touched the ground, asking Prithvi, the devi of the earth, that she witness his enlightenment, which she did. — from Wikipedia 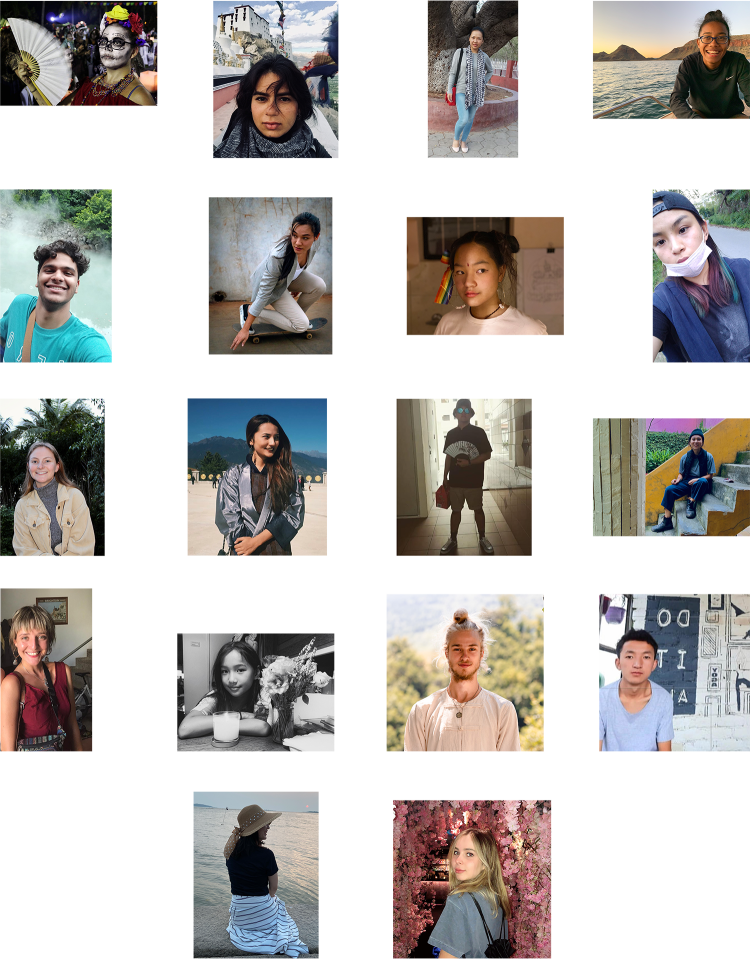 Hey, I’m Bells. Though I’ve been exposed to Buddhism my whole life, I’m super excited to be a part of this project as a way to become more connected to Rinpoche and the dharma, especially during these crazy times. Born and mostly raised in the States with a few years of schooling in Hong Kong, I’m now in Australia exploring a new environment. I love spending time with my family and friends, traveling, and learning new things. Currently, I’m a student at the University of Sydney studying Finance and Chinese Studies and working at a start-up.

I’m Nila and I’m from Australia but was lucky enough to spend a lot of time in Bhutan, Taiwan and India while growing up. I have always been surrounded by the dharma and being Buddhist is a huge part of my identity. It’s like having a massive extended family and no matter where you are, they will always lift you up. This environment that I grew up in founded my interest in social justice.
In my spare time, I listen to a lot of classical music, travel, eat and play a bit too much Aussie Rules football (AFL).

Hi, I’m Tara! I have a passion for anything art-related, especially drawing. I also love languages. I was very lucky to grow up in a Buddhist family and travel to many parts of the world in my life. In my free time, I love to wander around and explore nature.

Rinchen—Like a tree I am rooted deep into my Bhutanese culture and identity, like it’s many branches I like to take on anything I can to learn. Like its leaves I learn and bloom into flowers. And like the shade it provides, I aspire to help and protect those I can. Personification guaranteed!

Liana is an actor who recently stopped being confused about all of her home cultures: Chinese-German bred and raised until she took her little sister by the hand, her guitar on her back, and followed her fierce tiger mother to India at age fourteen, in search of their Guru. Since then, she grew to be a yoga teacher, a skateboarder, and lost in the magic of the theatre.

Lila – I was designed by some Chinese, made in Germany and shipped to India. Here to be in service for all sentient beings. 😉 Will always be down to do a doodling session together and talk about… nothingness.

I am Oddiyana, 11 years old. My father is from Bhutan and my mother is from Taiwan. I’ve lived in India and Bhutan during my early childhood. Now I am studying in Taiwan. I love to spend time with animals and in the nature. I don’t like to stay in the city, because there are too many man made noises. My dream is to live in the nature.

Lena is based in China. She spent most of her childhood with her grandfather, who guided her into the world of ancient wisdom, like Taoism. Now she is also a big fan of Buddha Shakyamuni.

Hannah likes to run barefoot, enjoys the tickling sensation of the grass between her toes. You can find her with a camera trying to paint her dreams with light.

Leander Jigme Kunzang – With a German mother and an English father, I grew up in a tiny village in the south of France near a Buddhist center. I have always been driven by a need to discover, be it through film-making, photography, composing music digitally or gardening. I am passionate about the realm of fungi and microbiology, and all the unknowns that surround us! Buddhism has always played a central role in my life, and my main motivation is to help all sentient beings get closer to the sublime truth!

Amay is a college student from Pune. With a passion for languages, particularly Sanskrit and Japanese, he also loves philosophy and psychology. By becoming a translator he hopes to help as many beings he can. When he’s not studying he likes to write, travel, bake and watch anime.

This is Dr. Karma Lhamo, from the Himalayas of Darjeeling. Homeless and abandoned animals have always been my motivation behind the practical teachings of life and to be able to help them in whatever possible manner is my prime objective.

Malika made a foray into hospitality (her family business) with the launch of Mimansa, an urban wellbeing space that’s close to her personal belief of ‘spiritual nutrition.’ Having done her masters in child psychology, Malika’s beliefs are firmly rooted in mind, body, and all the dots in between. While Malika is an entrepreneur at heart who is an admirer of minimalistic design and is an outdoor junkie who loves to spend her time wandering in the hills as she cycles and runs down winding roads. Inquisitive in nature, Malika seeks patterns and natural beauty in almost everything. She never spares the opportunity to connect with nature; always ready to jump at opportunity to let loose in the rain.

I’m Yeshey Zhunu and I came from Tibet. And most of time I spent in India for studying. I’m so blessed that my surroundings are full of dharma practitioners and I’m also a part of it too. I like to paint and play instruments.

Yan Da, a wanderer in the process of turning into an aspiring/wannabe-Bodhisattva who wish to serve and bring joy and happiness to those around. With a wish for all(countless) beings to be liberated and to make the world a better place even though knowing that ultimately Samsaric activities can never be fully solved.

Valeria Sandoval, an illustrator born in Mexico, raised in Asia and studying in London. From an early age I was surrounded by monks and attended pujas. My passions other than drawing are travelling, video games and animals

Maya is from Colorado. She spends an inordinate amount of time in India lately and enjoys imagining her dream home, drinking coffee, cycling, drawing, and a few other things.